You are here: Home » Articles » Your Opinions: The New Pound Coin

Your Opinions: The New Pound Coin

Today (Wednesday 19th March 2014), the Chancellor of the Exchequer George Osborne (must stay neutral, must stay neutral) announces that the pound coin will have a major redesign.

The new coin will be dodecagonal... that's the proper name for something that is 12-sided and yes I had to look that up... and will have the Queen's head on one side, unless she pops her clogs before 2017, when the new pound coin is due to come out. The other side of the coin has yet to be decided.

Why 12 sides? It harks back to the old thrupenny bit that was taken out of service in 1971.

It will also help fight forgery, as it is estimated that there are 45 million fake pound coins in circulation. The design hasn't changed in thirty-years, so it's given the forgers plenty of time to get it right. It is believed that the new coin will roughly be the same size as the current pound coin, so should still works in trolleys and vending machines.

But Sprouters, we want to ask you not one, but two questions...

Comment below to have your say. If you’re not registered, just input your email address and password here.

Previously: Your Opinions: Should BBC Three Be Axed?

Don't mind about the shape. Best pound coin I've seen had a skull on it, think it was from a former British colony. 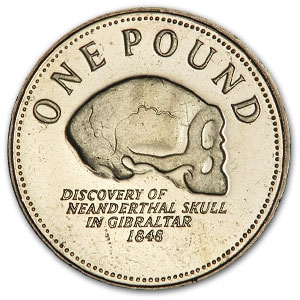 They should do an optical illusion so I spend more time looking at my money than spending it/I forget what I was gonna buy. On a serious note, they really should do the pattern of the florets of a sunflower head:http://upload.wikimedia.org/wikipedia/commons/a/ad/SunflowerModel.svg